Hi folks, and welcome to July already!   Seems like the summer is just flying by.

June was interesting month for me income wise.  Overall, my earnings were down from May by a good amount.  But with that said, May was an exceptional month too, so hard to compete with.

My Adsense and Amazon Affiliate revenue were both down from May.   My Adsense was down due to having to be out of town for almost a week due to a death in the family.   Most of my adsense income comes from my Blue Ridge Mountain Life Facebook page and the traffic the Facebook sends to the website.

Google’s Panda update did cause a few of my rankings to shuffle around a bit, but they all returned to normal for the most part, and I even saw increases during July for many keywords across my sites.  For example, one of my primary niche sites now ranks in the top 5 for two of my primary target keywords.

Overall though, not the month I had hoped for, but my Adsense income is returning to normal, and my Amazon affiliate income is growing like crazy, and June was a record month for Adsense income.  Remember, I report money I actually receive in my accounts on my income reports, so June Amazon income won’t be reported until August, since Amazon pays 2 months “in the rears”. 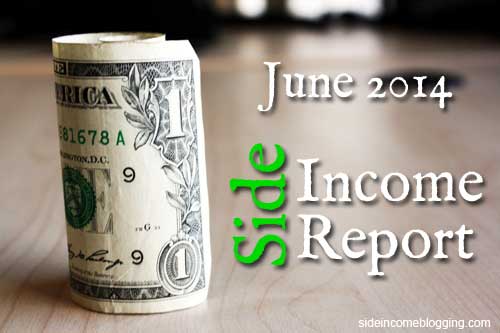 I spent time in June doing a number of activities, including writing content, working on my new niche site duel site, and building out a Private Blogging Network (PBN).  I’m hoping to share my PBN building process with you soon.

I’ve also been doing a great deal of reading and research on Teespring campaigns, and plan to run a few in July.  I’ll keep you posted on how those go.

Now for the June numbers….

How was your month?  Have an income report you publish?  Share it below in the comments.